As I wrote before, I had a big dilemma when I decided to center the plywood decoration on the wall, instead of above the toilet.  It left this awkward gap to the right of my toilet.

I originally thought of a tall vase.  I went to Target, but their tall vases were a minimum of $30.  Since I wanted to keep this thrifty, those weren’t a great option.

I then went to ReStore, looking for a tall vase there.  No such luck 🙁  Then I decided to look for a very small end table to re-do…but none of them were small enough.

I was starting to feel discouraged, when I had one of those “lightbulb moments”.  AHA!  I went to ReStore’s giant pile of shutters, and found two sets of matching hinged shutters: 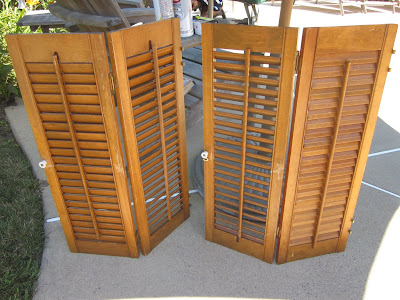 I cleaned them off, and then gave them a light coat of spray primer: 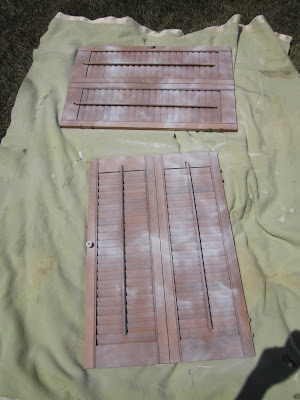 Then I pieced them together so they made a box, and nailed them together.  I only put two nails in the top and two in the bottom.  It’s sturdy, but not indestructible.  Since I was only making a decorative piece, I didn’t bother making it more sturdy. 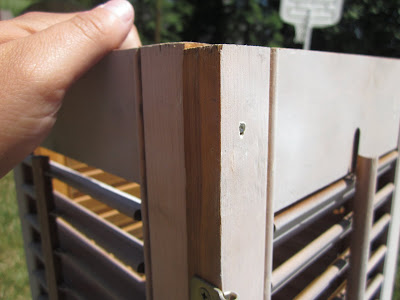 I then spray-painted the whole outside with 2 coats of Krylon’s “Sun Yellow” spray paint.  It’s BRIGHT…which was exactly what I was looking for in this space! 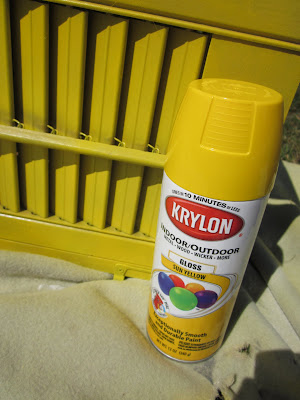 Now, this isn’t a true “planter”.  I bought these tall reeds from Target for $9.99.  When I put them in the shutter box, they just didn’t come up high enough.
This is where I got “creative”.  I put a layer of 4 paint cans in the bottom…and then put a tall glass vase I had in my closet…and put the reeds in that vase.  I put some rattan balls around the reeds until they stood up the way I wanted them to.
And…final product… 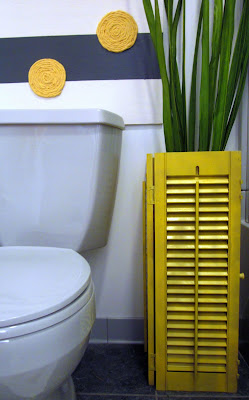 I was SO excited to see how it fills the space next to the toilet perfectly!! 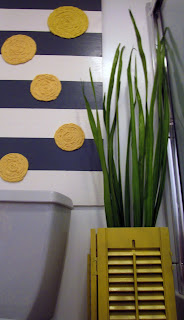 Cost of this project:


To see the whole bathroom makeover for under $25…click here!

I’ll be linking up to:

First time dressing up as a family theme for Hallo

What does a “peaceful home” look/sound/feel li

It’s done 🎉and I got it photographed in liter