Learn how to transform a basic plan wood table into a show stopping DIY medallion table – it’s easier than you think! A great budget friendly DIY project for any home. This post contains affiliate links, from which I make a small commission.

Since we’ve moved into our new place, we had to part with our old kitchen table because it was just too big, and not a necessity for only two people.  So, I went to work on making over a “new” table for our new space: 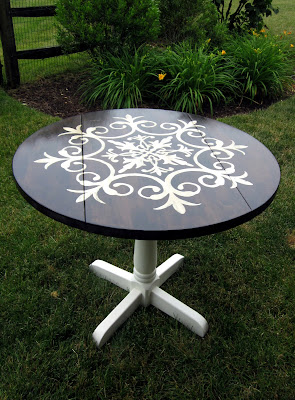 It started out as this table: 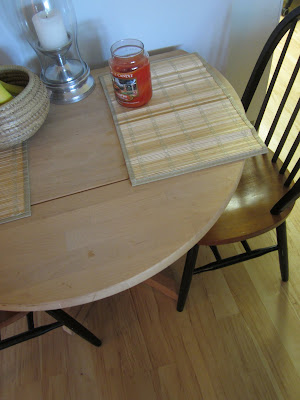 The table was my husband’s late grandmothers table…and it was completely unfinished and stained.  A perfect canvas to do whatever I wanted to it!

First, I sanded off the stains with my sander I got for Christmas…worked beautifully!! 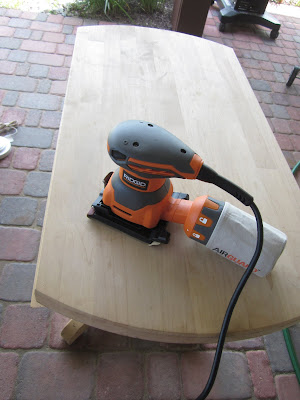 Then, I stained the table top with the same stain we had leftover from our last kitchen table makeover (this is the color we used): 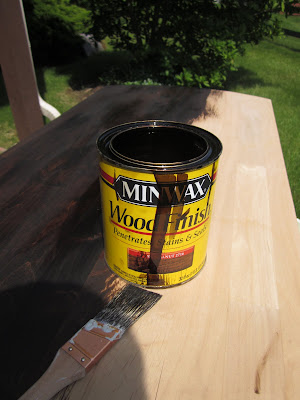 I primed and painted the bottom with paint I got from ReStore for $1: 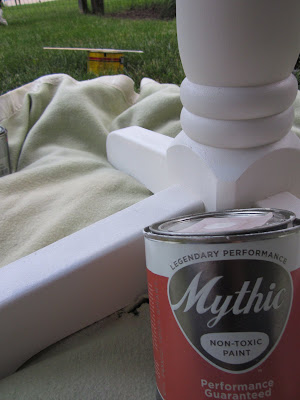 I took a step back, liked what I saw, but decided it was too boring.  I had no idea what to do with it…so I let it sit for a few days.

Then – I asked my husband what he thought of a “painted medallion” on the top of the table.  He told me he thought it would look … wait for it… gaudy.


gaudy
Ugh out of all the words in the English language…he had to choose that one!  I was so  upset…since when did I ever make anything that looked gaudy?!
Hubby quickly backpedaled, trying to take it back…but the damage was done. I was now on a mission to make this table into the least gaudy piece…but still while achieving my vision!
I found this medallion through a google image search… 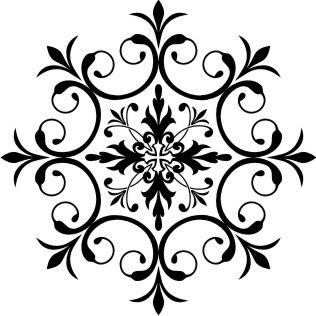 So, I enlarged it and projected it onto a big piece of white paper in my classroom (after school I promise!!)
If you don’t have access to a projector – you can buy one here!  They’re less expensive than you’d think! 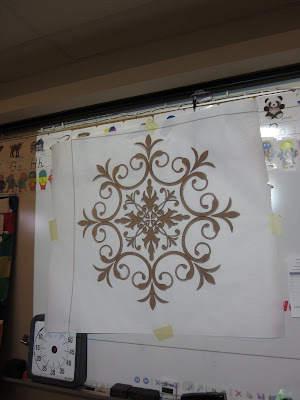 I just traced over it with Sharpie: 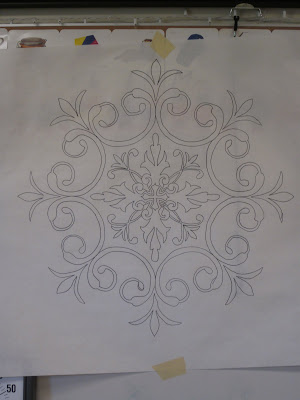 (If you “like” Christina’s Adventures on Facebook, you would have seen this already!)
Now, the tricky part was figuring out how to transfer the design onto the dark tabletop. I had an idea to trace over the design with chalk (pushing heavily so there was lots of chalk dust on top).  I went to work: 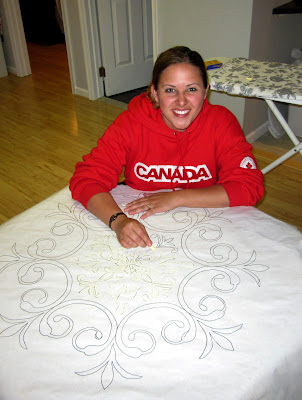 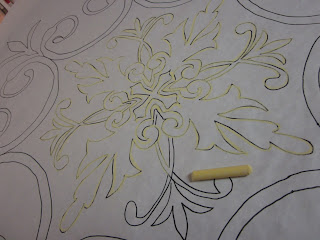 I still wasn’t sure it was going to work at this point – but I found the center of my table and of the design, flipped it over, and rubbed over the back of the design many times.  Then – I took the paper up, and it worked!!!!!!! 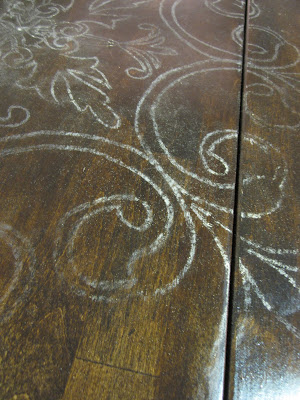 I then spent way too long painting in the lines 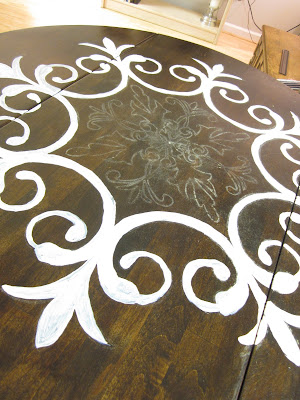 I did two coats so you couldn’t see brush strokes.  Then, I went over it with sandpaper multiple times: 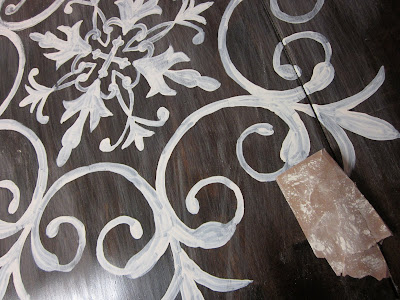 I love the chippy look afterwards: 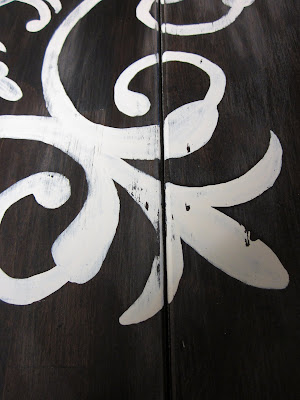 I went over it with another layer of stain: 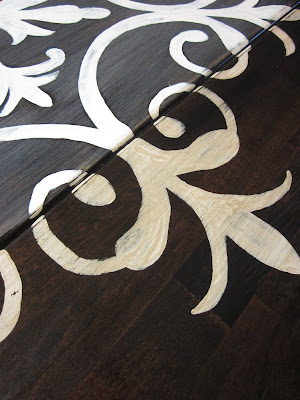 See the difference between the two?

Finally, it was done!  I put 3 coats of polyurethane on top, and took it outside for a little photo shoot! 🙂 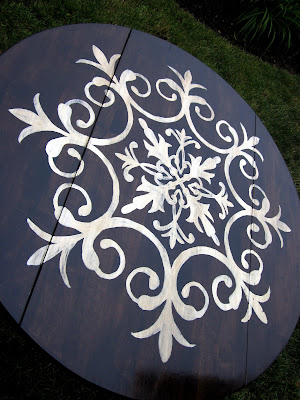 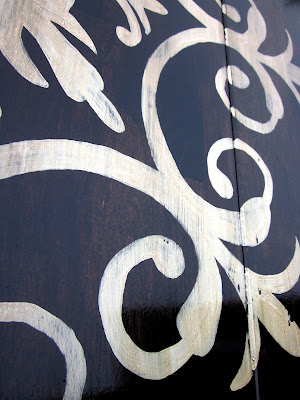 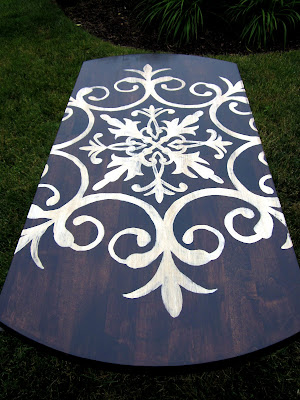 I *love* my “new” medallion table!

Do you think I achieved my goal of staying away from gaudy?!

The most wonderful part is that this project only cost me $1 for the paint!  I had everything else on hand!  This is exactly my kind of budget!

It doesn’t have to be expensive 👏🏽 Sometim

Don't forget the little things! In a world that is

Front porch makeover = complete 🥰 I am so happy

Give me ALL THE PESTO! 💚My favorite summer food