If you missed why I’m even moving here at all…read this first!

OK, I thought it was about time to give all of you an update on the basement!  I feel like I don’t even know where to start…it’s a little overwhelming trying to put all of the things that have been happening into one post!

So, the demolition started!  The contracters knocked a hole in the wall for where the kitchen is going to be: 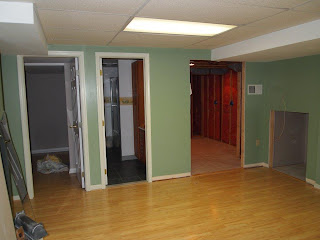 …the tile was laid in the kitchen… 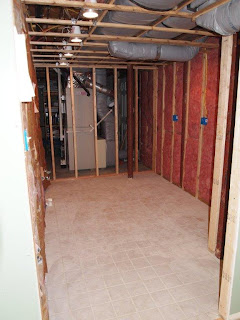 The open stairs are open no longer: 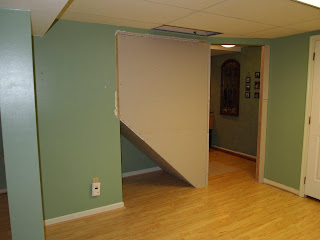 and I began painting!!  OK…let’s talk paint.  This is the first time I’ve been able to paint a room, and I felt SO overwhelmed!!  I had a million different paint swatches…no time to paint samples on the walls to compare…and I ended up choosing Martha Stewart colors for both the bedroom and the living area.

Here’s the paints for the basement… 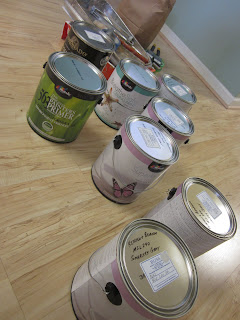 Here’s the color for the bedroom…Martha Stewart Sharkey Gray: 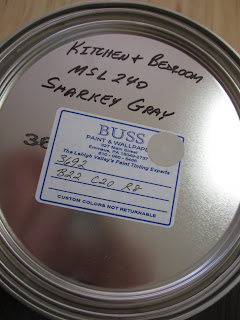 I chose it because it looked a lot more beige than gray…but it would be like a “greige” that would compliment the gray out in the living room.

We started with a cheery yellow paint…which was too bright for my taste: 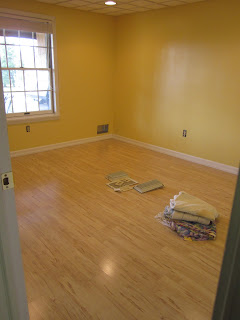 Everything went well when we mixed the paint, poured it into the tray…but imagine my surprise when I saw a light purple on the wall! 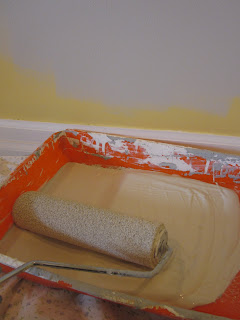 Can you see the EXTREME difference between the paint in the tray and the paint on the wall?!  What the heck!!  But it was too late to turn back, and I just needed to give it some time to set and see what it did the next time I saw it.  Not the color I had originally imagined…but definitely not purple anymore!  Woohoo! 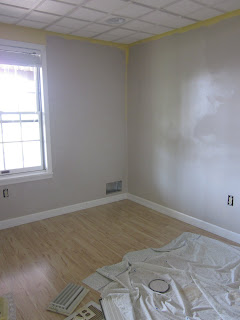 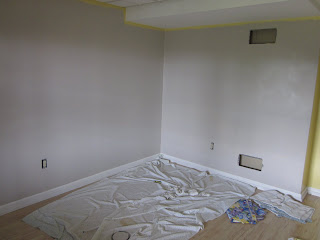 Here’s how it looks now in differing lights… 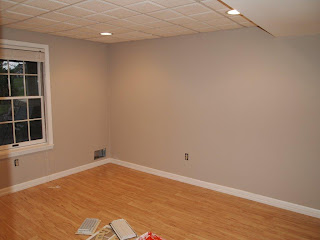 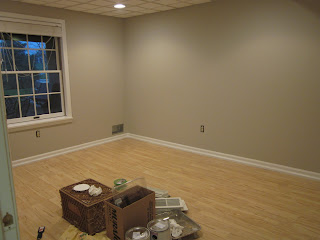 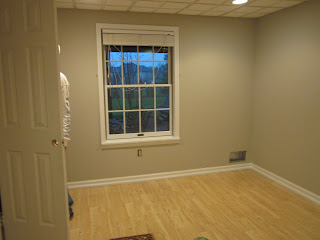 The dogs enjoyed getting in the way, and eventually laying on old window treatments: 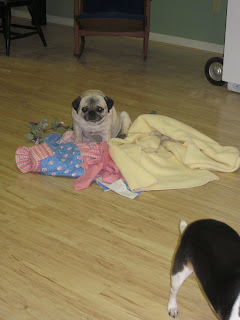 Here’s a preview of the paint color for the living room…to be revealed soon! 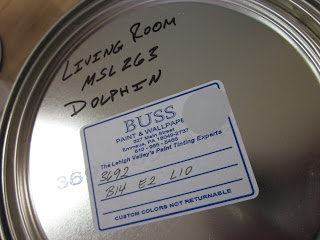 We’re all busy- this is my best tip for getting

Happy Thanksgiving from our family to yours 🤎 I

Save time AND money while feeding your family! Oth