Do you feel *spring* in the air yet?  Even if you’ve got snow on the ground, you can’t help but get excited about the upcoming spring season!  I thought that if I made a spring wreath, it might hurry up and get here! 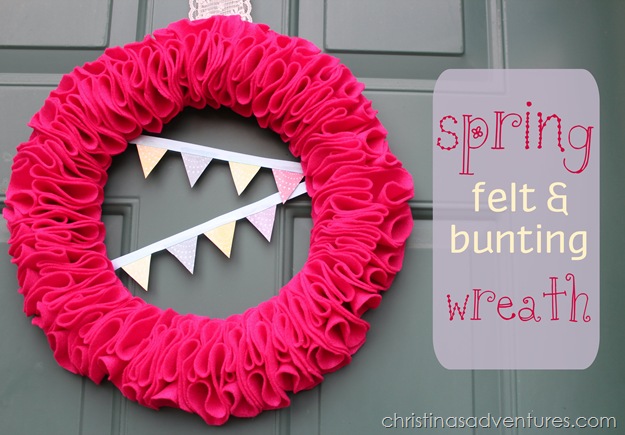 This was not HARD to make, and only cost about $2.  But it did take a few hours to finish.  If you have some time to spend in front of Netflix, you should totally make this wreath while you’re watching one of your favorite shows!

I began by cutting felt into squares, and then rounded the corners so they became circles.  Repeat until you get a blister.  Not even kidding. 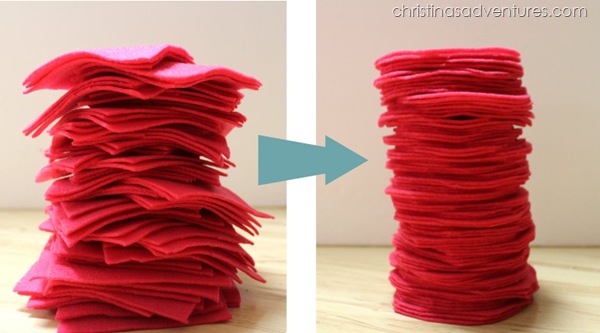 I then used my most favorite wreath form – good old cardboard!  Free – my favorite! 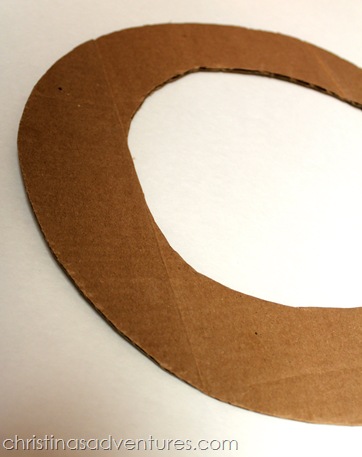 I then folded each circle in half two times, and the hot-glued them to the cardboard: 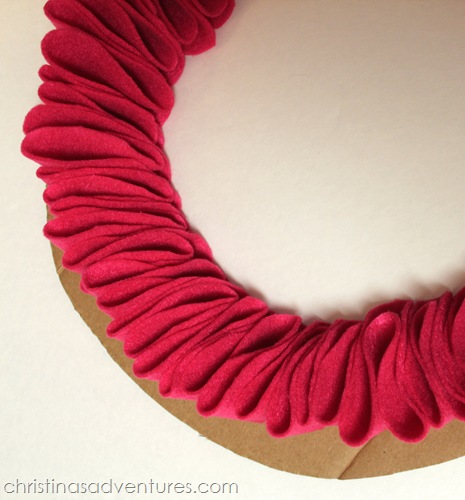 Once I went all the way around the wreath, I folded the circles the same way, but faced them the opposite way on the wreath.  I kind of “squeezed” them in to fill in any spaces as I went along.  I also trimmed as I went along, because there were some areas that were taller than others.

Finally, all of the felt was on the wreath.  My fingers thanked me and I sighed a big sigh of relief! 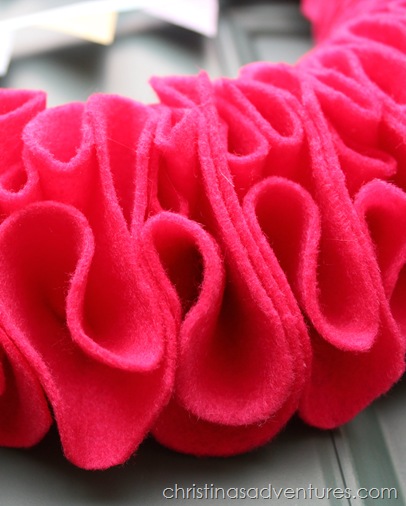 I decided that I wanted to add a little something to the middle, so I hot-glued a ribbon to the back of the wreath, and added some scrapbook paper flags to the ribbon. 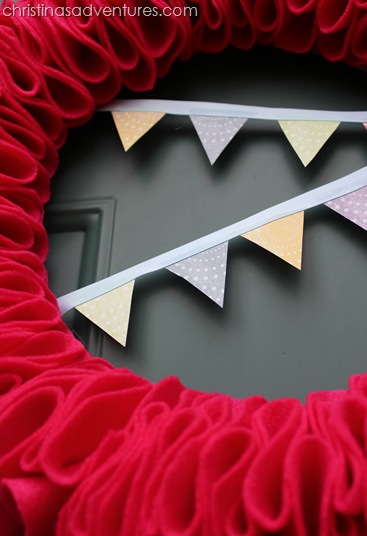 Isn’t the bunting just so cute?? 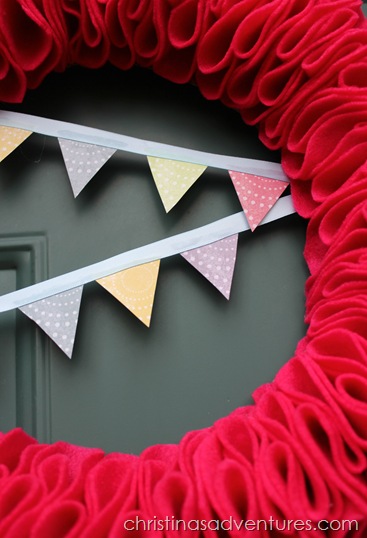 I just love the finished product!  It’s so fresh and spring-y! 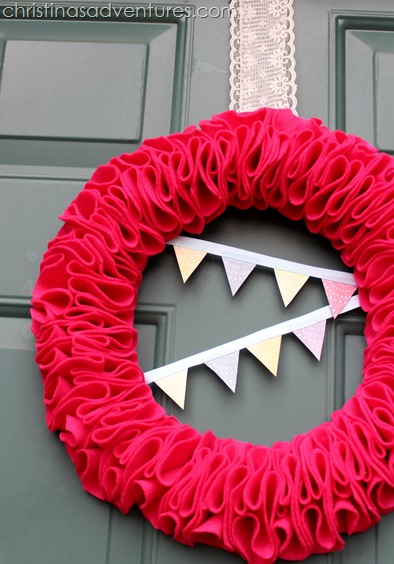 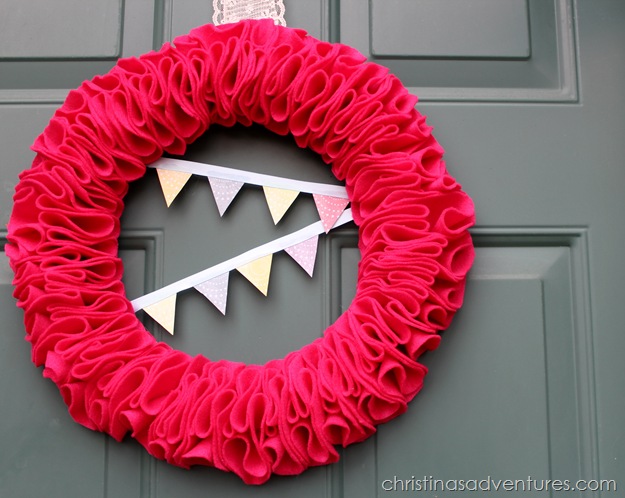 It doesn’t have to be expensive 👏🏽 Sometim

Don't forget the little things! In a world that is

Front porch makeover = complete 🥰 I am so happy

Give me ALL THE PESTO! 💚My favorite summer food